Jayne Azzopardi is pregnant with her second child.

And the presenter, 40, was surprised by Weekend Today co-hosts Rebecca Maddern and Richard Wilkins with flowers and cupcakes on Sunday’s show.

Jayne happily confirmed the news to viewers, revealing she and husband Trent are expecting ‘another little boy’ in the coming year.

Scroll down for video 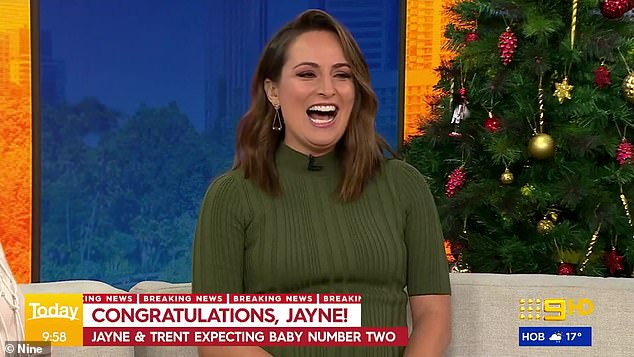 Baby joy! Weekend Today’s Jayne Azzopardi, 40, has announced she is expecting her second child on the breakfast show on Sunday, after revealing her tragic fertility battle earlier this year

Just hours after announcing the news on her Instagram, the co-hosts addressed the happy news on the live morning program.

‘I’m not sure how surprising it is [pregnancy] as a few of our eagle-eyed viewers have already told me my A4 pieces of paper haven’t been big enough to hide my growing belly,’ she joked.

Jayne went on to say it was a ‘bit of a surprise’ for all of them as she will now have two boys under the age of two.

‘There’s going to be 16 months difference between big brother Joey and his little brother,’ she added. 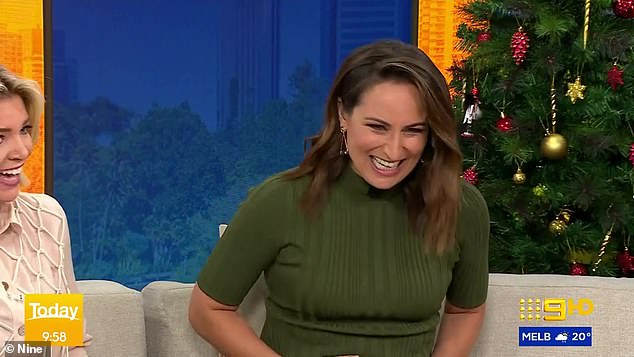 Growing family: ‘I’m not sure how surprising it is as a few of our eagle-eyed viewers have already told me my A4 pieces of paper haven’t been big enough,’ she laughed

She went on to joke that her house will be blue for the rest of her life. She went on to say she has been feeling ‘absolutely terrible’ up until the 12-week mark.

‘I’m starting to come through that bumpy period and starting to feel a little bit better,’ she said, before asking for tips from parent viewers.

Jayne is due in early June. She shared the news on Sunday via Instagram that she and husband Trent are expecting their second child. 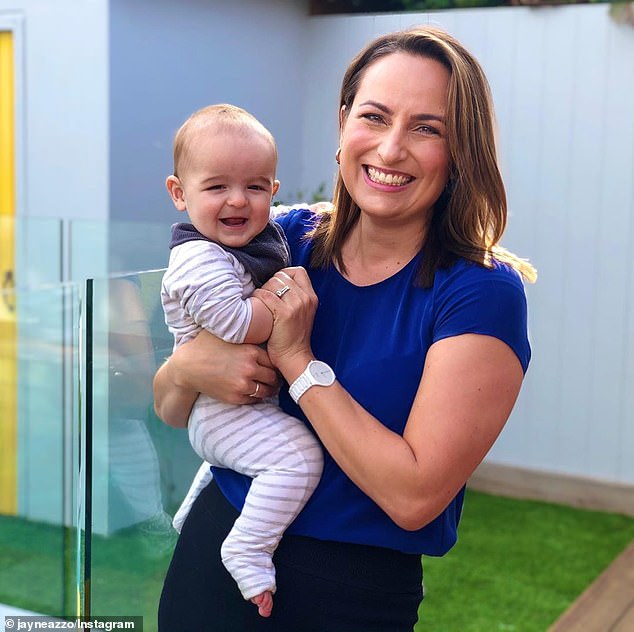 Posting to Instagram, Jayne excitedly wrote: ‘Brace for chaos! Anyone with tips on how to cope with two boys under two… send them our way please.’

She accompanied this with a picture of herself reading a book titled ‘You’re A Big Brother’ to her 10-month-old son Joey Lance Edward Butler.

It comes after Jayne spoke about her tragic experience with pregnancy loss. 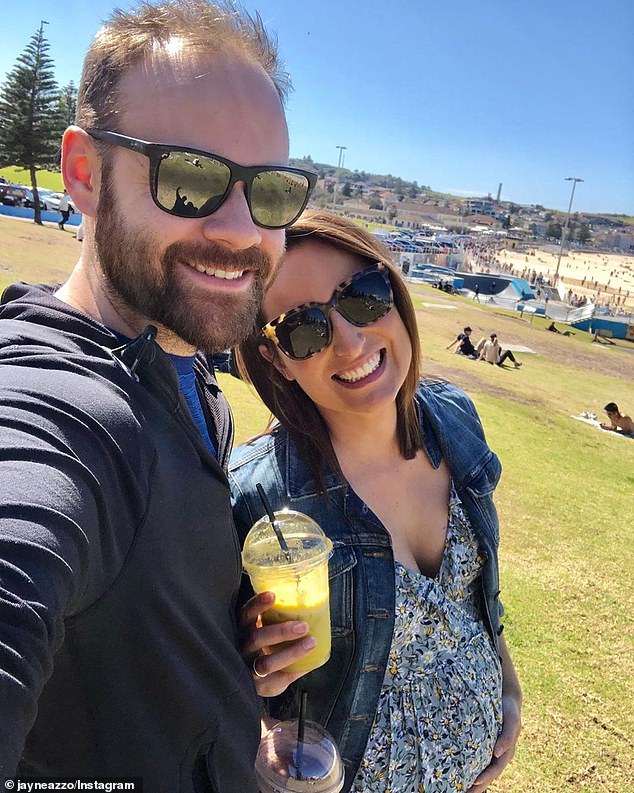 Jayne, who welcomed her first son Joey via IVF in February – told Stellar magazine in October that she’d been through the ‘agonising’ pain of suffering multiple miscarriages.

‘[Trent and I] experienced pregnancy loss; we experienced it more than once and it’s agonising. We ended up going the IVF route, and it can be very lonely,’ she revealed.

Jayne also penned an open letter for Essential Baby in October, addressed to those who have also endured fertility battles – reminding women that they are ‘brave and not alone’. 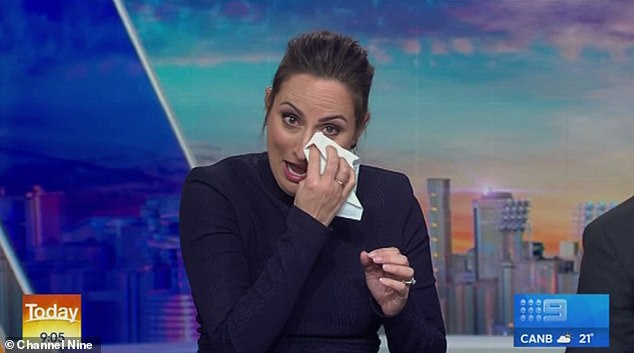 Raw: Jayne (pictured with son Joey) told Stellar magazine in October that she’d been through the ‘agonising’ pain of suffering multiple miscarriages

‘It’s something that can be difficult to talk about, and as a result, difficult for anyone who hasn’t experienced it to understand what it must be like,’ the journalist wrote.

‘For many, it’s not the same thing as losing a living breathing child you have come to know and love – but it’s losing everything you hoped and imagined that child to be.’

She added that while many women do share their heartbreaking experiences with others, those who don’t are equally as brave. 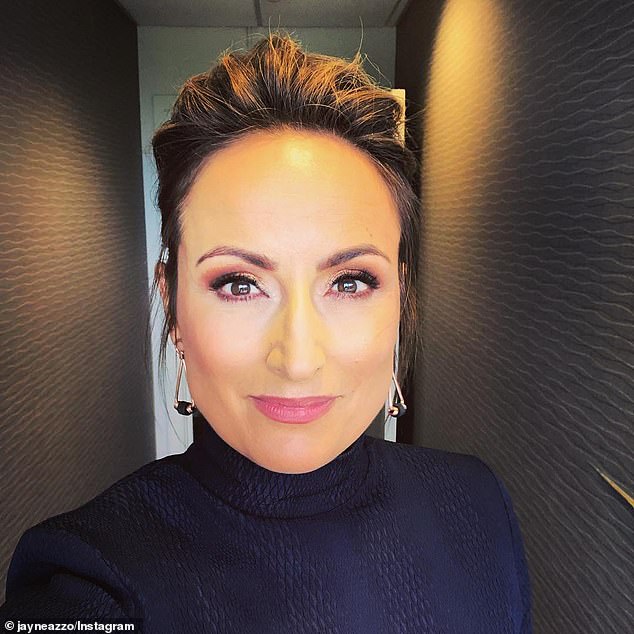 From the heart: Jayne also penned an open letter for Essential Baby in October, addressed to those who have also endured fertility battles – reminding women that they are ‘brave and not alone’