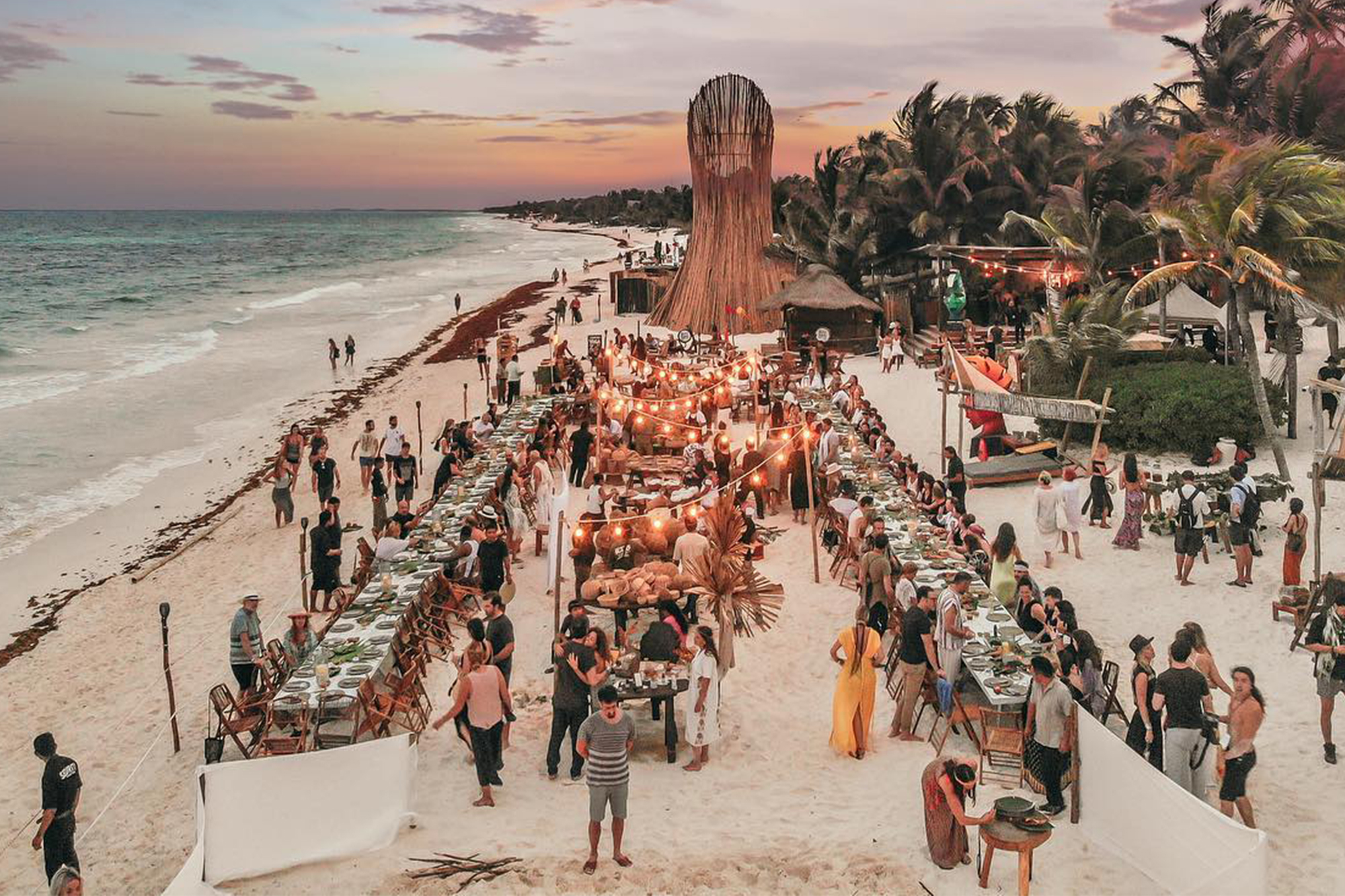 A Burning Man-style festival in Mexico turned into a coronavirus super-spreader event — with several attendees bringing COVID-19 back with them to New York City, according to a report on Monday.

Private COVID-19 testing company Checkmate Health Strategies said that over half of its recent positive cases in the Big Apple were directly tied to the Art With Me event in Tulum, The Daily Beast reported.

“I would say that 60-70 percent of my positives in the last couple weeks in New York City have been a direct result of either people coming back from Art With Me — or who have been directly exposed to someone who attended Art With Me,” said founder Eleonora Walczak.

The four-day festival — which involves art workshops and group meditations by day and raging partying by night — took place as planned from Nov. 11 and 15 in COVID-ravaged Mexico.

Though organizers issued recommendations to curb the spread of the virus, a number of guests and performers told the Daily Beast there was virtually no mask-wearing or social distancing.

“I have nothing good to say about this event,” said a woman who got COVID-19 after attending the fest.

“All I will say is that there was not one mask and I got more sick than I ever did in my entire life after that party.”

Videos obtained by the outlet showed hundreds of maskless people writhing around to electronic music in what appeared to be a tent.

“The way that they’re jam-packed on the dance floor—it’s very dangerous during this time,” said Anna Yeung-Cheung, a microbiologist at Manhattanville College.

An administrator at the Hospital de Tulum said “multiple people” who attended the bash were admitted with COVID-19, almost all tourists from North America and South American countries, including Chile and Argentina.

Walczak, of the testing company, said that events such as this one should at a minimum implement a testing strategy.

“I understand the psychological component of wanting to socialize,” she said, “but what I do find grossly negligent and highly irresponsible is, individuals who have enough money to attend these events have the appropriate tools to screen properly, and the fact that they’re not screening is what’s really troublesome.”

Art With Me didn’t comment to The Daily Beast.