She called an ambulance for her youngest son after he suffered several unexplained nose bleeds, which was a red flag for her due to her family’s medical history.

Speaking to Daily Mail Australia on Monday, the 27-year-old law graduate explained why something as simple as a nose bleed was a serious cause for concern. 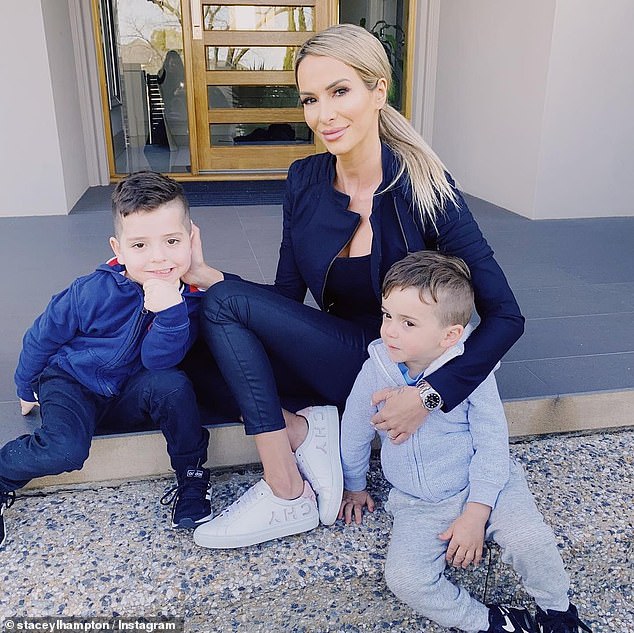 She’d alerted her Instagram followers to Kruz’s health scare on Sunday night by sharing a photo to her Stories of the little boy being taken to hospital on a stretcher.

Stacey, who lives in Adelaide, said on Monday that she felt she had no choice but to seek emergency help when he son’s nose wouldn’t stop bleeding.

‘Kruz was rushed to hospital at 9pm last night in an ambulance, because he had multiple nose bleeds throughout the day with no cause,’ she explained.

‘With my family’s history of cancer, I insisted we get tests because he never gets nose bleeds.’ 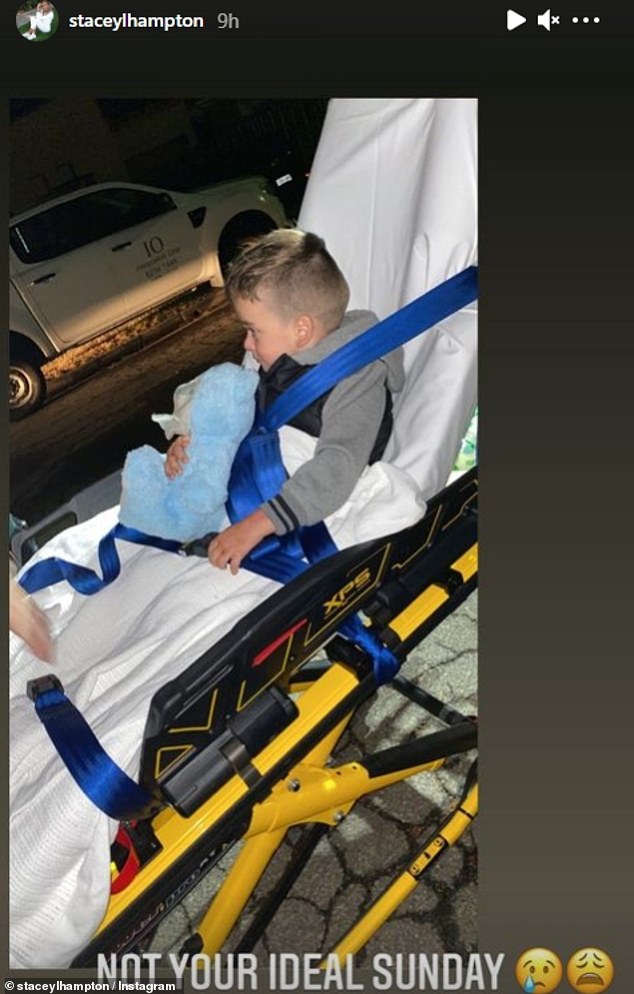 ‘Not your ideal Sunday’:  Stacey strapped her youngest son into a wheeled stretcher headed for the nearby hospital in Adelaide on Sunday night 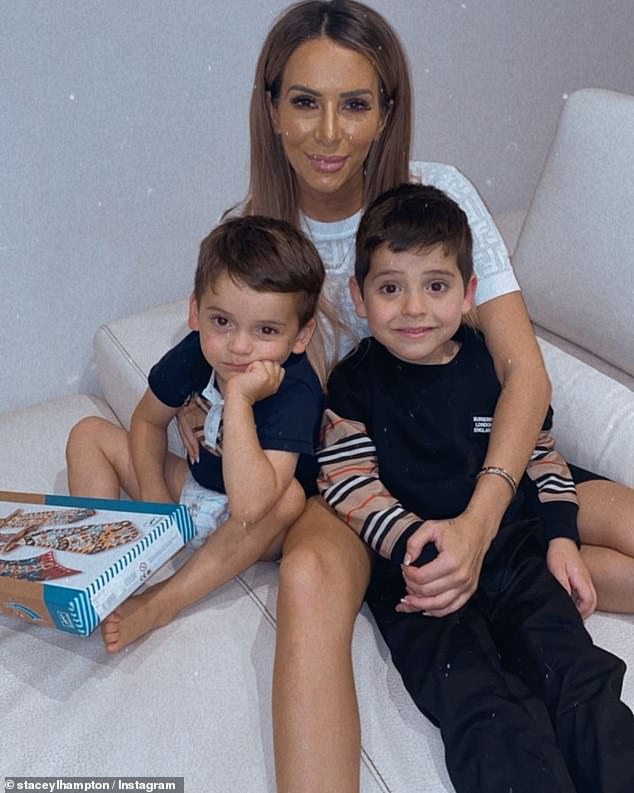 ‘With the family’s history of cancer I insisted we get tests’: Stacey was concerned that the unexplained nose bleeds could have been a sign of something more serious

The concerned mother said she is monitoring her son from home now, but intends to ‘look into it more’.

‘We were so worried, his older brother [Kosta]had to go to his god mother’s house and we didn’t get home until the early hours this morning,’ she explained.

In June, Stacey revealed a close family member had been diagnosed with terminal cancer in an emotional Instagram Story video upload. 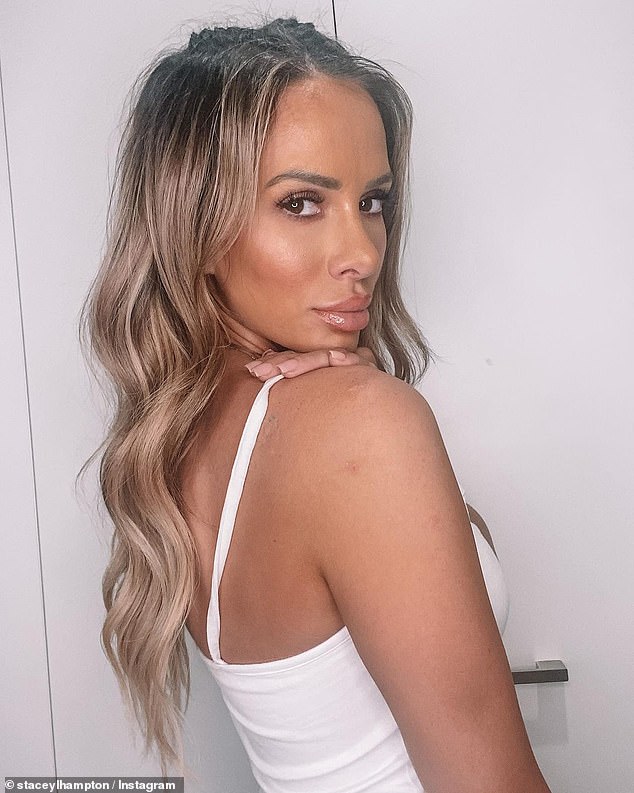 At home with Mum: The concerned mother said she is monitoring her son from home now, but intends to ‘look into it more’ 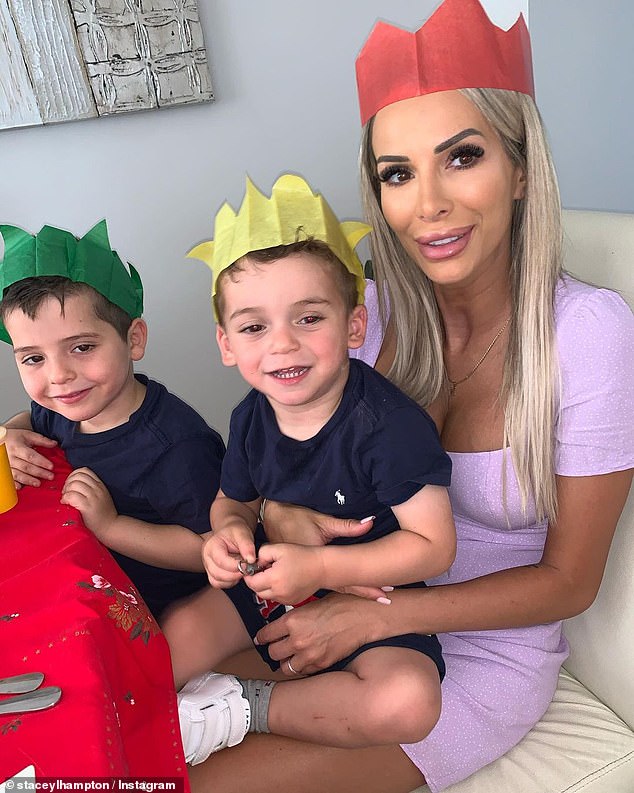 Stacey was paired with 29-year-old millionaire businessman Michael Goonan on the last season of Channel Nine’s Married At First Sight.

She was briefly branded the ‘bride from hell’ after she snubbed ‘husband’ Michael, saying he was ‘not what I usually go for’.

Stacey had said she was attracted to ‘masculine’ men with tattoos, which neatly describes her onetime bikie fiance, Shane Smith.

Michael, with whom Stacey split in January, enjoyed a short-lived romance with her once-close friend KC Osborne, a 32-year-old dance instructor who also appeared on MAFS, this year. 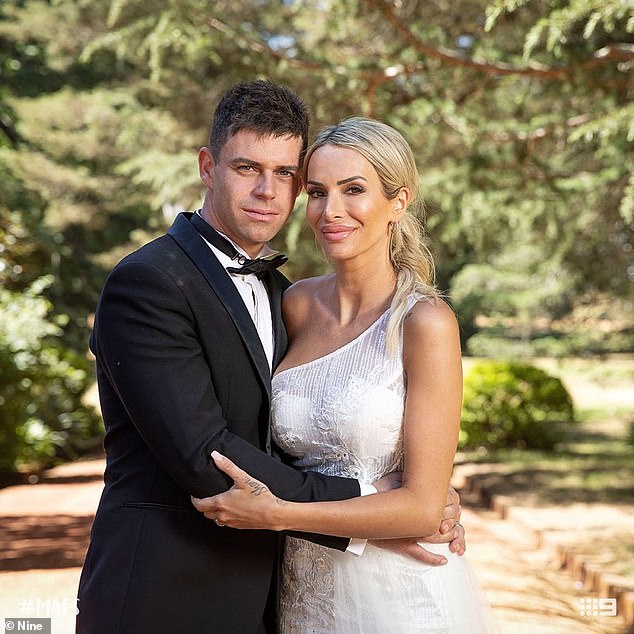 Remember this? Stacey was paired with 29-year-old millionaire businessman Michael Goonan on the last season of Channel Nine’s Married At First Sight