By Katie Hind For The Mail On Sunday

Somebody can’t hide their glee that lockdown is over…

Kate Moss’s lookalike daughter Lila Grace was pictured chortling with delight as she hit the town with her mum on the very day that London’s bars and restaurants were allowed to reopen.

Strolling hand in hand, the happy duo headed to the exclusive Mayfair club Oswald’s on Wednesday.

Supermodels Kate, 47, and Lila, 18, were in matching black tops and leather jackets. But their jeans differed as the teenager opted for a highly-decorated flared pair, coordinated with trendy Dr Martens boots, while mum stuck to traditional blue denim.

It appears that Lila has not just inherited her mother’s looks but also her fondness for a party. She will also be hoping she can emulate her mother’s extraordinary longevity as one of the world’s most in-demand models. 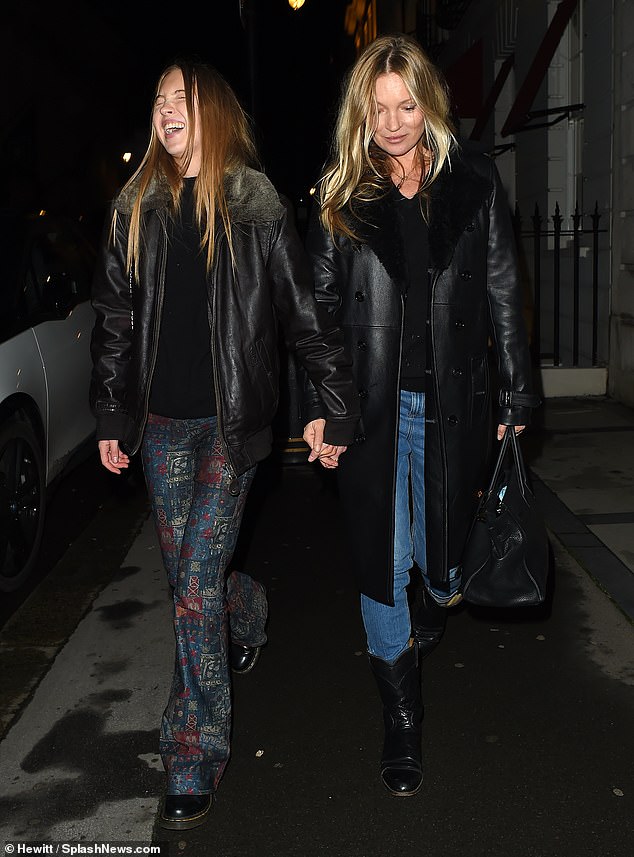 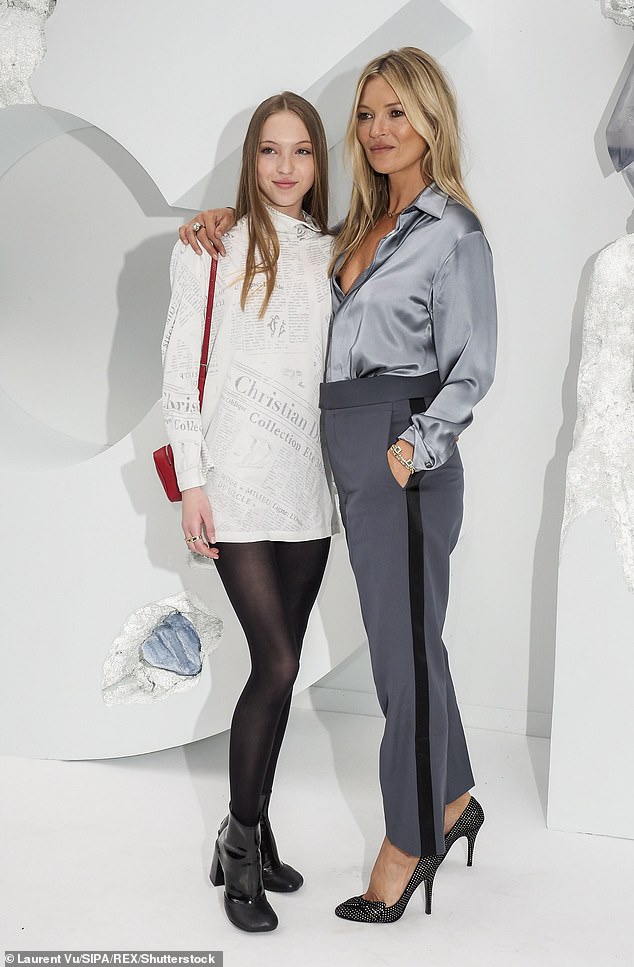 Kate’s age-defying beauty graces the cover of next month’s Vogue – the 40th time she has appeared as the magazine’s cover girl since making her debut in 1993 at the age of 19.

Oswald’s, named after owner Robin Birley’s grandfather, is thought to be a favourite haunt of the Duchess of Cornwall.

The luxurious club is especially popular with wine connoisseurs, as guests can either cellar their own bottles there, or buy in-house, before enjoying their purchases in the restaurant or terrace.