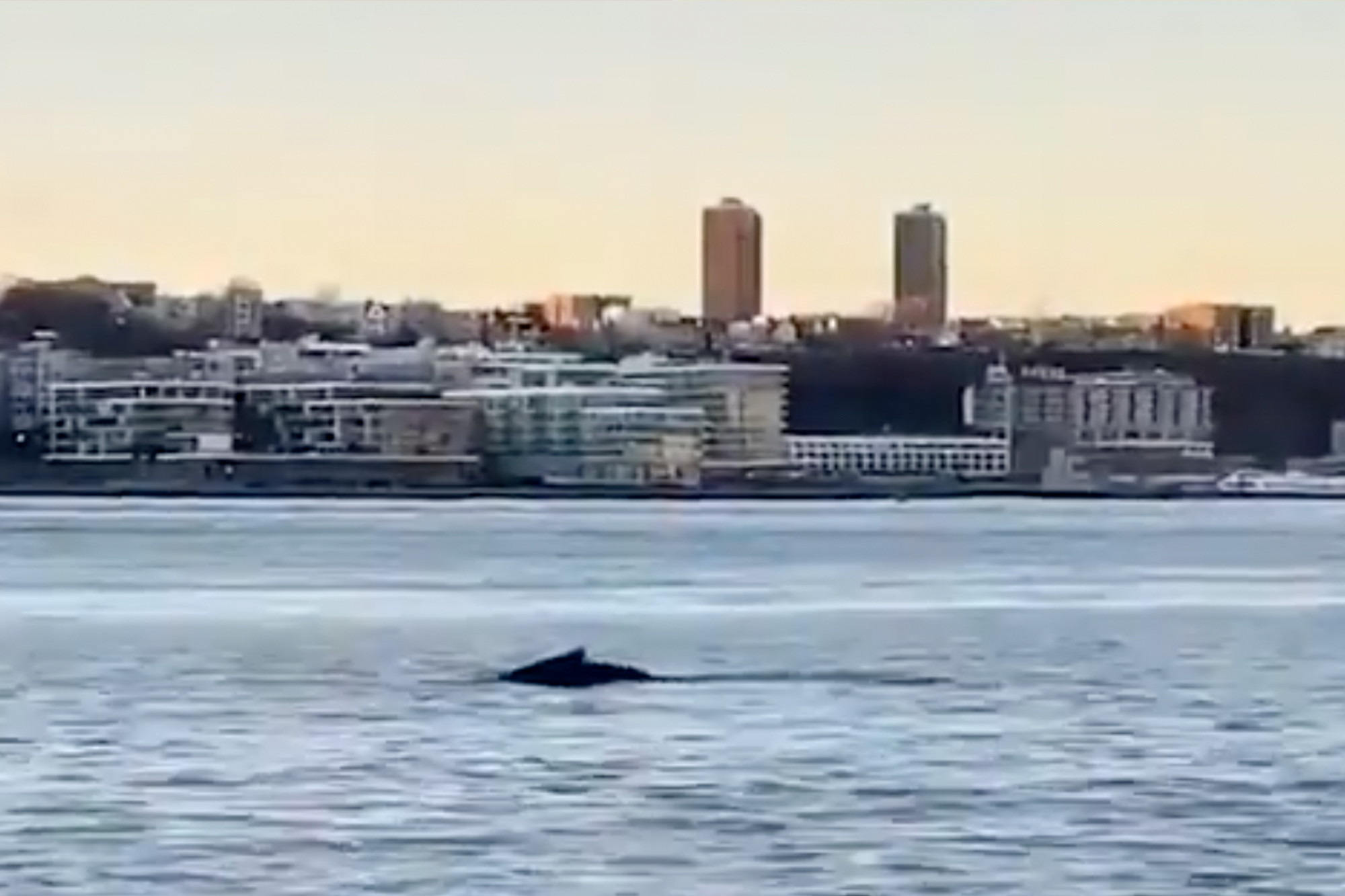 A humpback whale was caught on video cavorting Monday in the Hudson River near Midtown Manhattan.

The massive mammal was spotted around 4:15 p.m. around Pier 84 near the Intrepid Sea, Air and Space Museum, according to a clip posted to Twitter.

Andres Javier shared footage of the whale spewing water from its blowhole as it slowly made its way south down the river.

“So cool!” Javier wrote on Twitter of the awe-inspiring video.

Gotham Whale, a nonprofit that’s been collecting data on Atlantic whales since 2011, said the sea creature likely came to visit the Big Apple for a bite.

“The whale is most likely visiting due to the plentiful food available right now,” the group wrote on Twitter.

“This isn’t the first time we’ve seen a #HumpbackWhale in the #HudsonRiver. In 2016, we had one stay for a week!”

The group said that the appropriate authorities have been notified to be on the lookout for the maritime visitor.

Whale-watchers have previously said that the visits can be attributed to a cleaner harbor and the resurgence of a feeder-fish species called Menhaden.