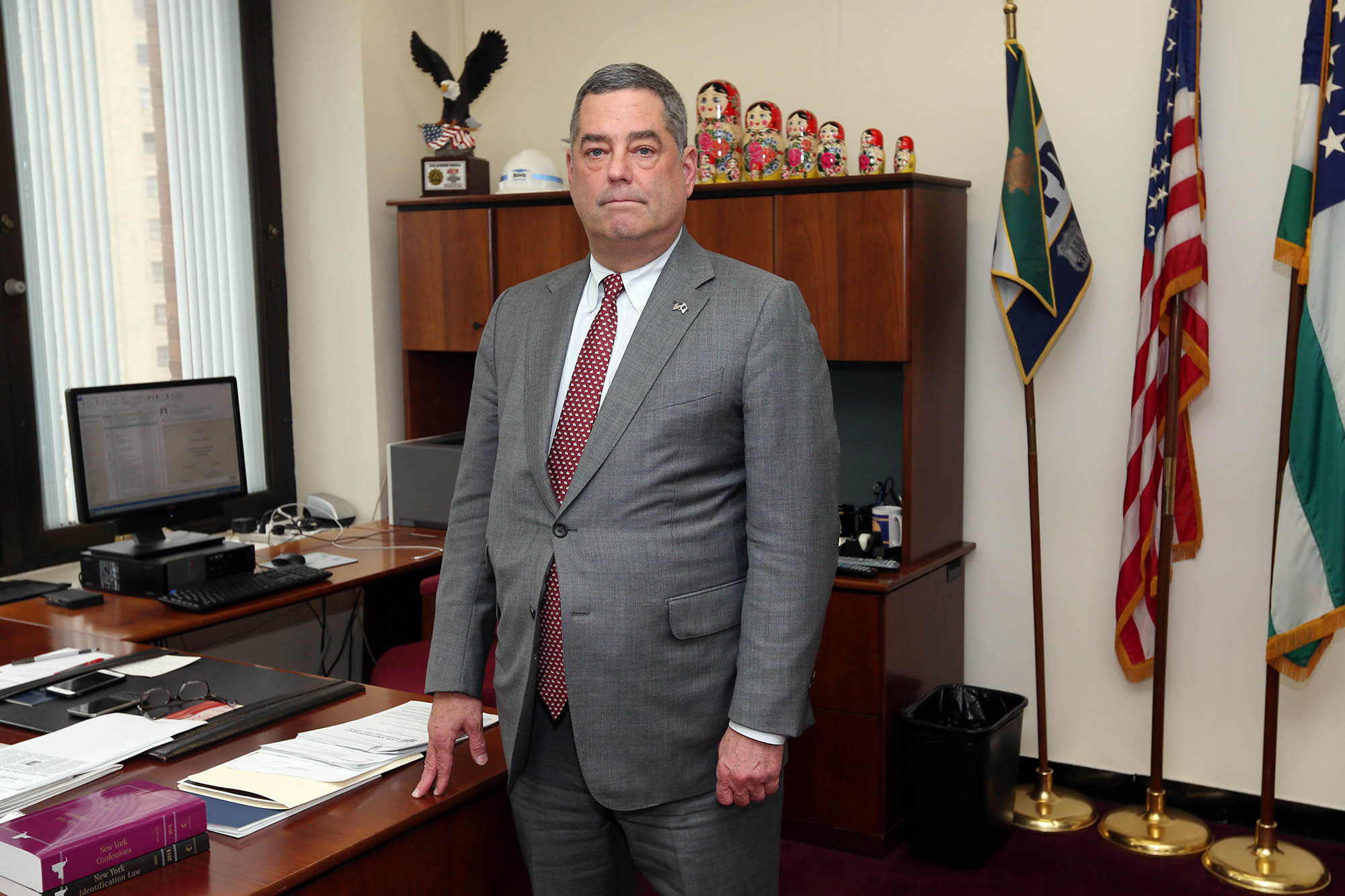 Larry, 61, was found unconscious at his apartment in Battery Park City in Manhattan, where he had returned after spending time in Montauk, LI, amid COVID-19, police sources said.

Byrne, the dad of two college-age boys, joined the NYPD in 2014 as its deputy chief of legal matters.

“He did it in a heartbeat for his family’s legacy,” Stephen Davis, former NYPD deputy commissioner for public information, told The Post of Larry joining the department, after Byrne announced his retirement in 2018.

“Larry did this because of the legacy of his family, not only his brother, but for his dad and his other brother, who’s an FBI agent,” Davis said.

The brothers’ father, Matthew Byrne, was on the force for 22 years.

The siblings’ tragic late brother, Officer Eddie Byrne, was just 22 when he was executed protecting the home of a witness set to testify against drug dealers in 1988.

Larry was relentless in helping to keep his brother’s killers behind bars over the years and advocating for other cops.

“Commissioner Byrne was a good friend and a fierce fighter, especially when it came to his hero brother’s memory,’’ Police Benevolent Assocation President Pat Lynch said in a statement.

“He worked tirelessly to ensure that his brother’s killers — and all cop-killers — never escaped justice.

“Our hearts break for the entire Byrne family, a family that has already endured too much.

“We will carry on that fight in his name.”

The NYPD wrote on Twitter, “We mourn the death of Larry Byrne, our former Deputy Commissioner for Legal Matters, who passed away Sunday evening. The Byrne family has deep ties to policing in NYC, his father was a cop, & his brother, Edward Byrne, was tragically assassinated in the line of duty in 1988.”

The year his brother was killed, Larry joined the Manhattan US Attorney’s Office and then worked as a federal prosecutor over the years, as well as in private practice.

After leaving the NYPD, he joined an investigation and consulting firm.