She’s been busy preparing for the upcoming series of Dancing In Ice.

And Denise Van Outen looked sensational in sexy lingerie as she took to the stage to dazzle audiences at her Cabaret All Stars show in London on Saturday.

The TV personality, 46, put on a sizzling display as she flaunted her phenomenal figure in a sparkling corset and sexy suspenders. 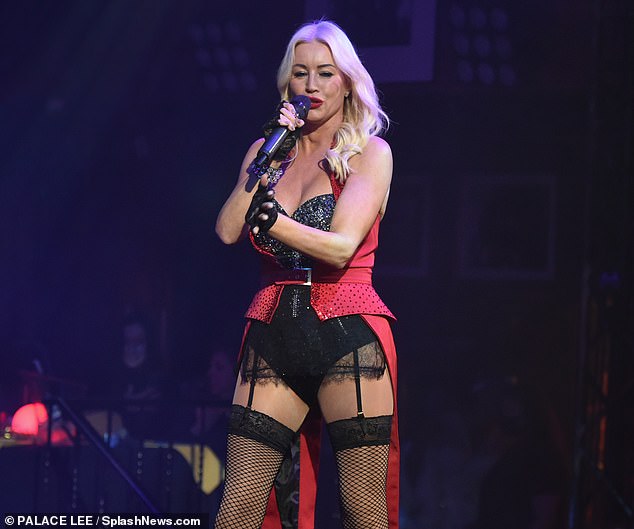 Wow! Denise Van Outen looked sensational in sexy lingerie as she took to the stage to dazzle audiences at her Cabaret All Stars show at a Proud Embankment in London on Saturday

Denise exuded confidence as she strutted around the stage and showcased her curves in the plunging corset.

She added a splash of colour to her ensemble, and emphasised her trim figure, with a circus master-inspired red coat which cinched at the waist.

The blonde beauty wore her locks perfectly curled and let her tresses cascade over her shoulders as she sang into a microphone on stage. 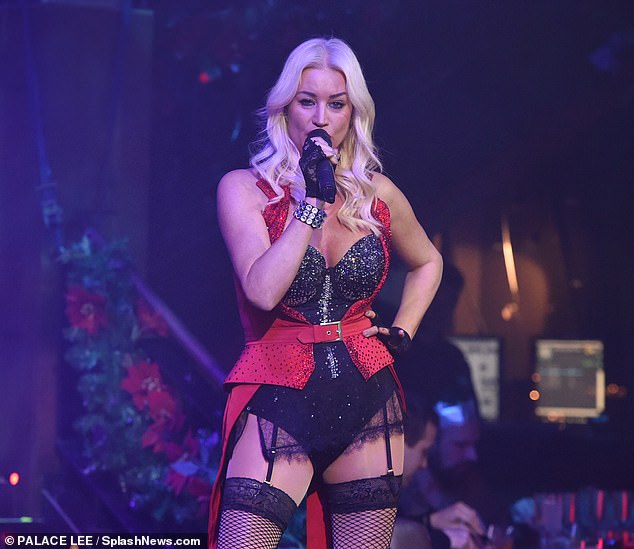 Flaunt it: The TV personality, 46, showcased her sizzling curves in a glittery corset

Denise later slipped into a stunning green velvet jacket dress, leaving all but one of the buttons open to flash her ample cleavage.

Making sure to work all her angles, Denise posed up a storm after the show and flaunted her long legs in patterned tights and black heels.

As well as performing in the cabaret, Denise is also training for the upcoming series of Dancing In Ice in 2021 with pro partner Matt Evers

Matt moved in with Denise, her daughter Betsy, 10, and partner Eddie at the start of lockdown so they could be in the same isolation bubble together while training. 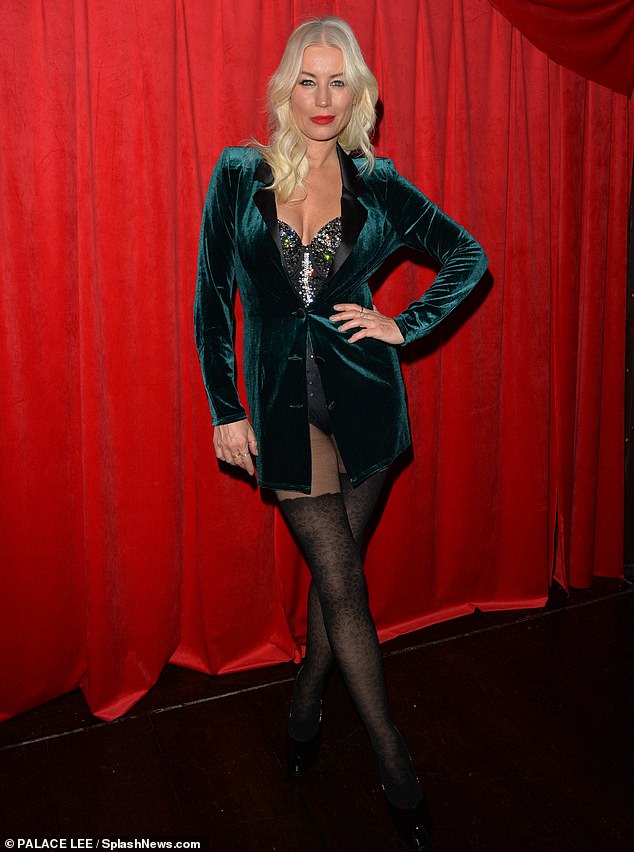 Stunning: Denise later slipped into a green velvet jacket, flashing a glimpse of her corset and ample cleavage underneath 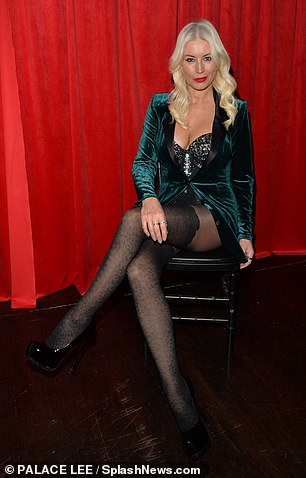 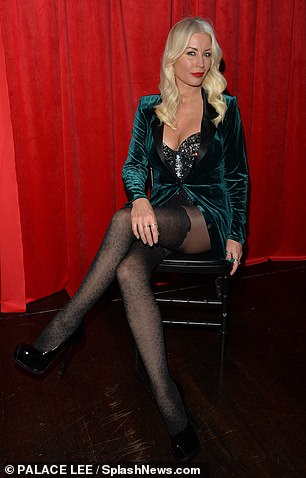 Poser: She made sure to work all of her angles, highlighting her long toned legs as she posed on a chair after the show 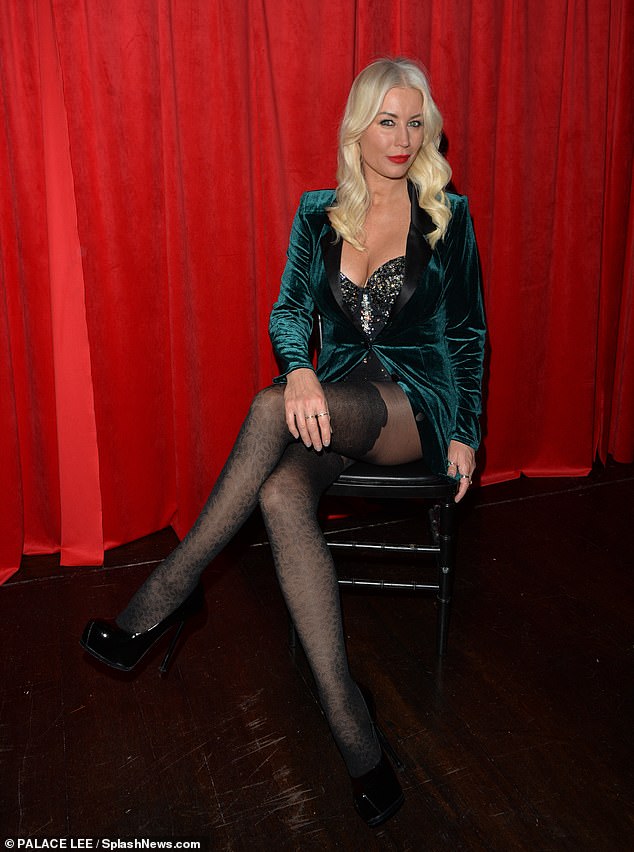 Busty: Denise put on a sultry display after the show

Britain’s second lockdown has made training for the show ‘tricky’ however, as most ice rinks are closed, so Denise and Matt have been using ITV’s studio rink.

However there are restrictions in place around its use so they can only have it for a few hours a day.

Although she had classical dance training as a child, Denise has found skating more difficult than she had anticipated.

The star thought she would pick things up quickly but admitted she struggled to master even some of the more basic moves. 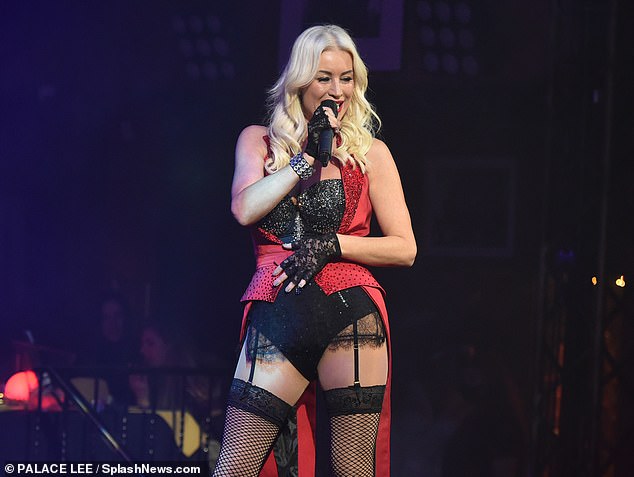 Performer: She appeared to be in good spirits as she took hold of the microphone and entertained the audience 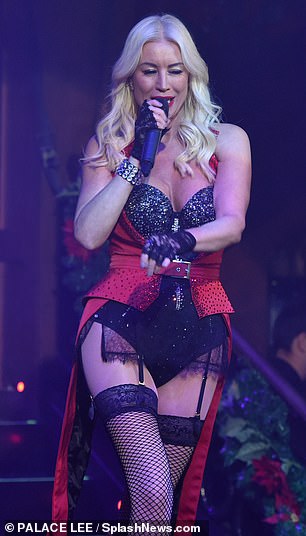 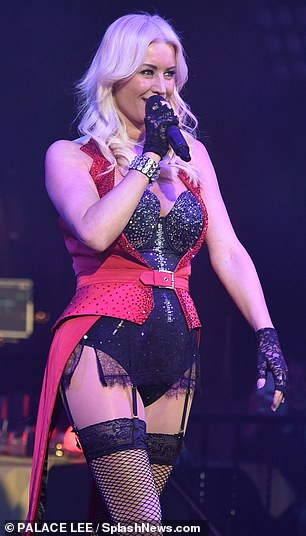 Glam: Denise wore her blonde locks down and perfectly styled into curls, adding a slick of red lipstick to complete her sexy look 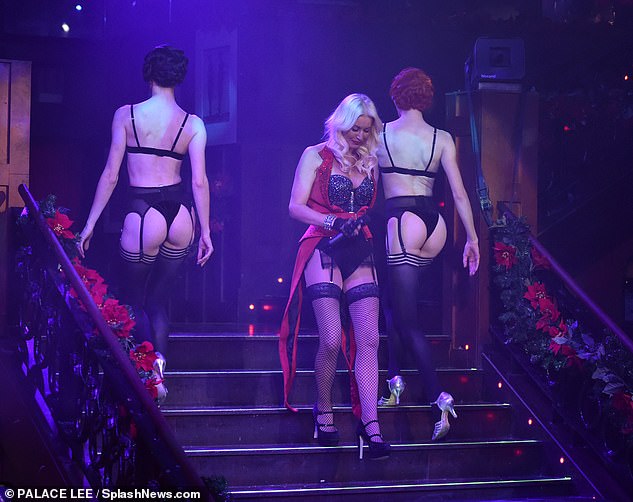 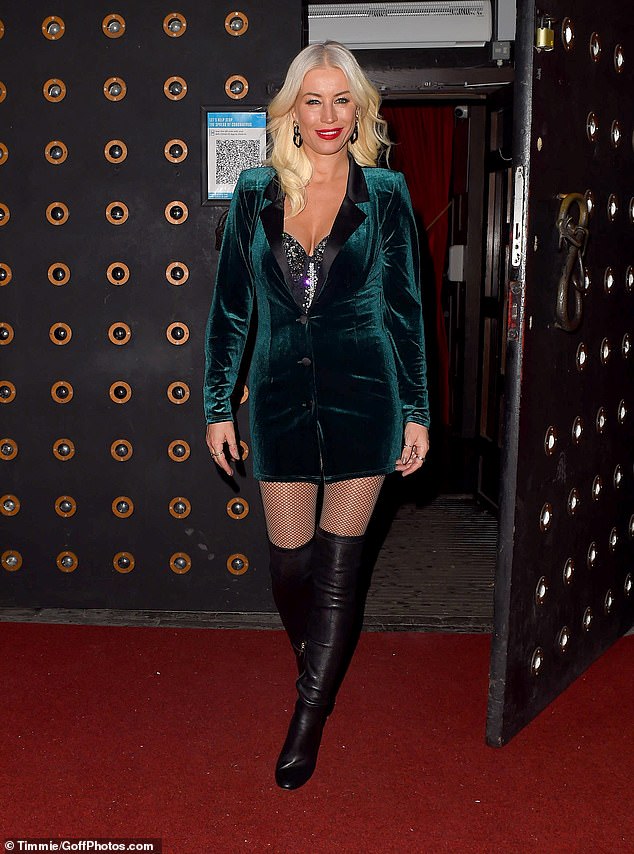 Heading out: Denise added a pair of thigh-high leather boots for her trip home 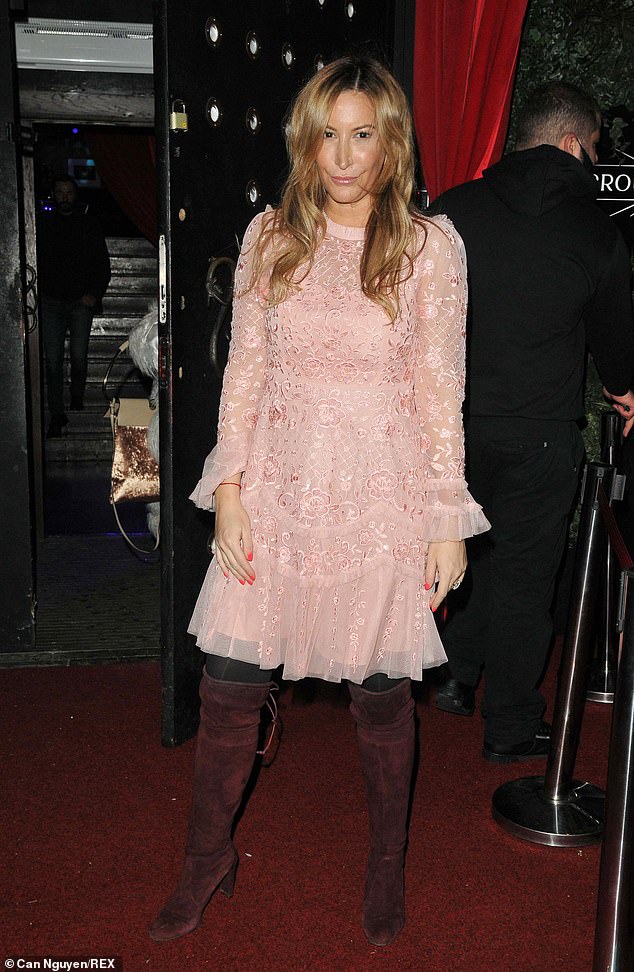 Game Of Thrones actress Laura Pradelska also made an appearance

Catching the eye: The German beauty cut a pretty figure in a pink lacy dress which she teamed with burgundy suede heels

Denise recently cited her daughter Betsy as the reason she wouldn’t be taking too many risks on the ice.

The star shares her daughter Betsy with her ex-husband Lee Mead, who she was married to from 2009 to 2013.

Speaking to The Sunday Mirror’s Notebook Magazine, Denise said: ‘I won’t take any risks on the ice for my daughter’s sake.’

One of the show’s most nail biting moves is the headbanger, where a skater is swung around with their head being raised and lowered, often dangerously close to the ice.

The star will be competing against the likes of Myleene Klass, Billie Faiers, and Rebekah Vardy on the new series. 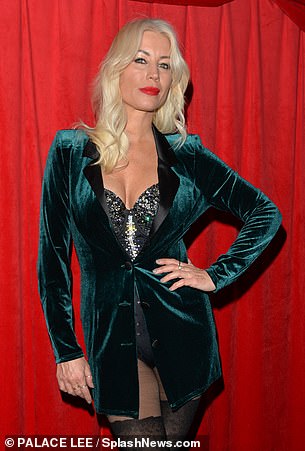 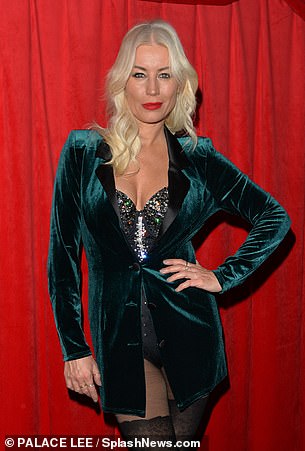 Beauty: A well as her cabaret show, Denise is also training for the 2021 season of Dancing On Ice (pictured after Saturday’s show) 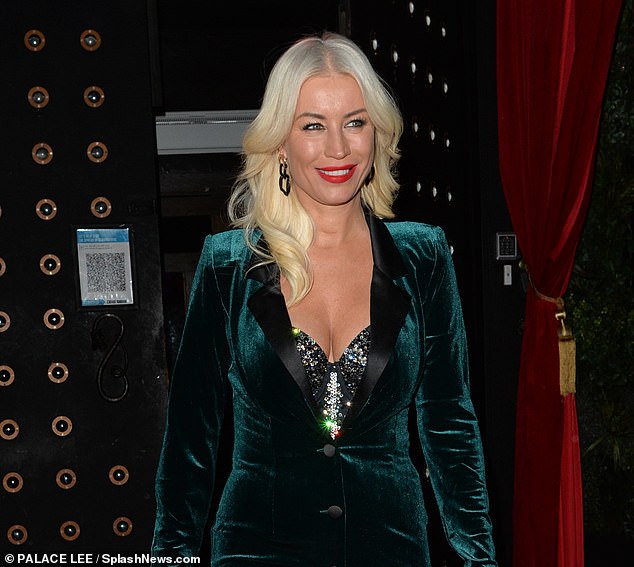 Shimmering: Denise opted to keep her corset on under her velvet number after the show