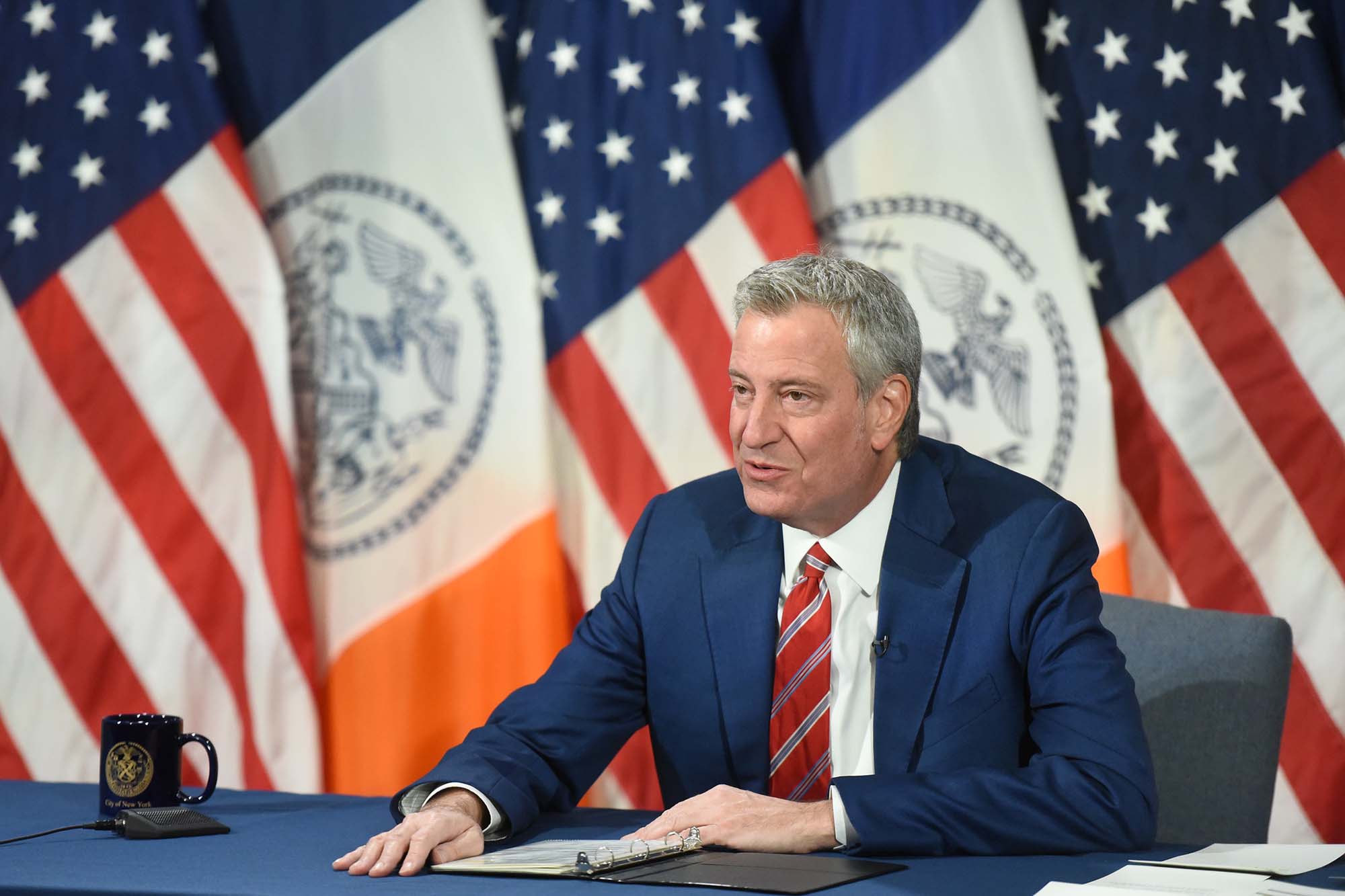 Mayor Bill de Blasio sang the praises of the coming coronavirus vaccine during a Sunday church service in The Bronx, saying that he looks forward to the chance to show New Yorkers the shot is safe.

Hizzoner gave the endorsement at the New Life Outreach International church on Morris Avenue — one day after The Post reported bombshell survey findings that more than half of city firefighters would refuse the vaccine.

“In a matter of days, the first vaccine arrives in New York City,” said de Blasio.

The mayor seemingly volunteered himself and Democratic City Councilman Fernando Cabrera — who serves as pastor of the church — to demonstrate that the vaccine is not harmful.

“When it’s our turn, councilmember, you and I will be there together, and we’ll show people that it’s safe and that it’s gonna bring us forward,” he said.

City Hall did not immediately respond to a question seeking to clarify if de Blasio intends to take the vaccine.

Cabrera similarly touted the idea that healthiness is next to godliness, encouraging his flock to get the shot when it becomes available.

“I know there’s some people that are afraid. I want to tell everybody, you’re not getting the 666 in this vaccine, OK?” he said, invoking the biblical number of the beast.

“I want to tell you straight-up, there is no 666, there’s no conspiracy, I’ll be the first one to get it if I’m allowed to,” added Cabrera.

In introducing de Blasio, Cabrera repeatedly urged the sleepy Sunday morning crowd to make some more noise for the mayor, who was greeted with a somewhat muted applause.

The pols approved the vaccine in the wake of a new survey of 2,053 members of the Uniformed Firefighters Association union that found 55 percent would not get the potentially life-saving shot.

The overall number of responses accounts for about a quarter of the UFA’s total membership.

That skepticism extends to the general public, with 20 percent of New Yorkers saying in a recent Department of Health poll that they would not get the vaccine, and 27 percent saying they are unsure.

The Pfizer-developed vaccine has thus far been found in trials to be safe and 95-percent effective against COVID-19.

Pending emergency approval from the federal Food and Drug Administration, the first 170,000 doses of the vaccine are set to arrive in New York State by Dec. 15.

Most early doses are expected to be earmarked for frontline first responders and vulnerable populations, such as seniors, with most healthy Americans on track to receive it later in 2021.