But the stars of Channel 10’s dating franchise proved on Sunday that you don’t need love to have a good time.

After a string of social engagements, a group of contestants enjoyed yet another day of partying at Sydney’s Cruise Bar. 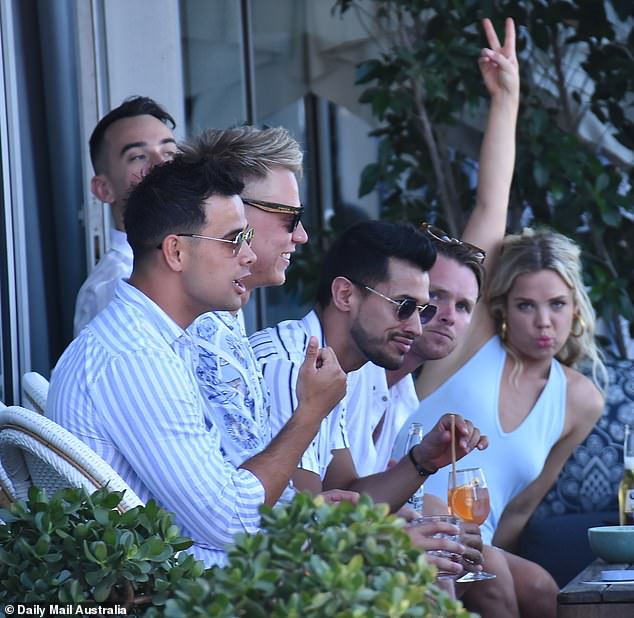 Three-day bender? The Bachelor stars were spotted enjoying drinks as they caught up at Sydney’s Cruise bar before they headed to Circular Quay for an exclusive yacht party 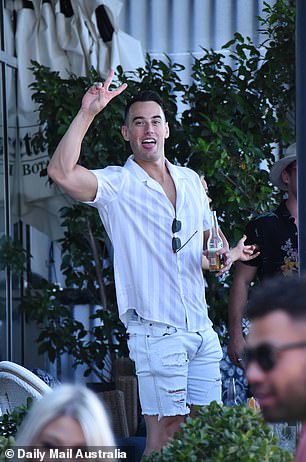 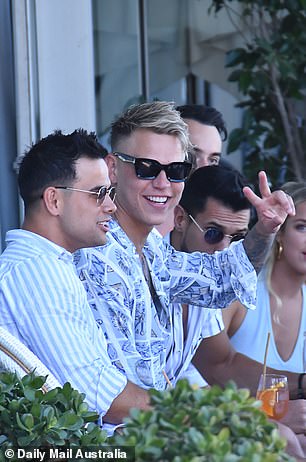 Strike a pose! Bachelorette hunks Nick Chamberlain (left) and Trent Cray (right) appeared to be in good spirits as they posed for the camera 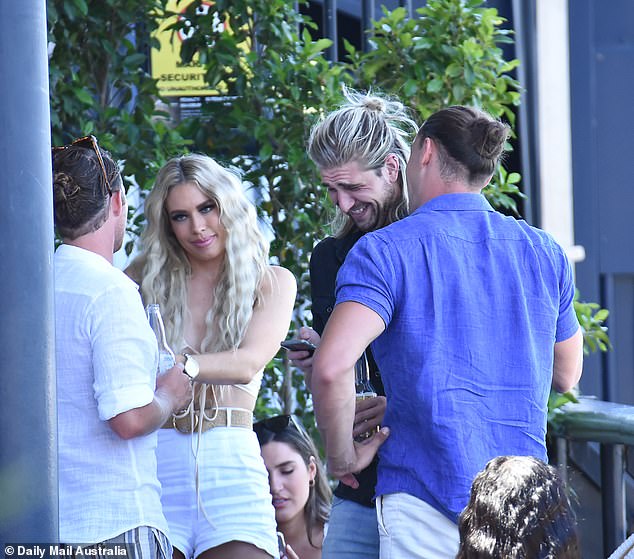 Friendly: The Bachelor’s Charley Bond was seen getting hands-on with stars of The Bachelorette 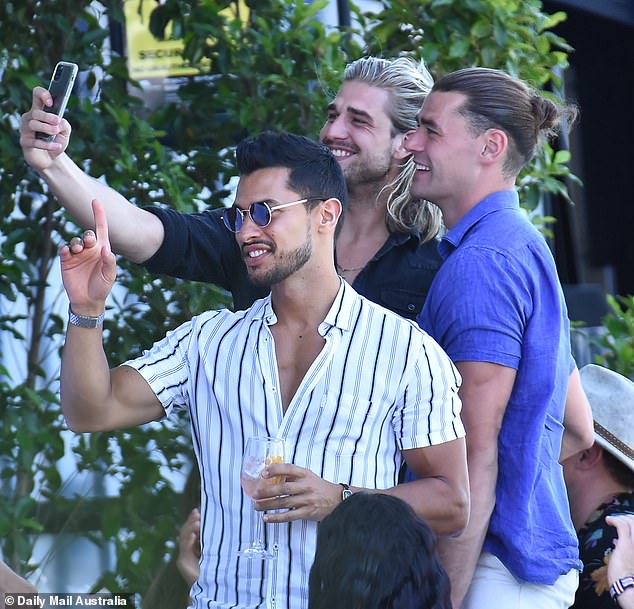 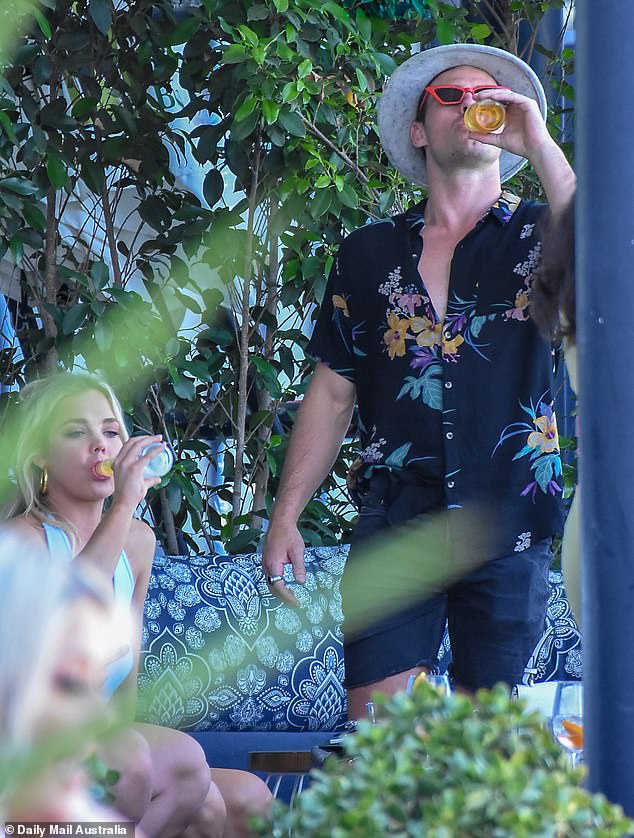 Thirsty? Former Bachelorette star Jackson Garlick, right, was seen downing a bevy of drinks while chatting to Bel Colwell, left, who appeared on Locky’s season of The Bachelor

At one point, Jackson seemingly forgot he wasn’t allowed to walk out of a venue carrying alcohol and was chased by a security guard.

The reality TV rejects then walked over to Seadeck, an exclusive yacht party hosted on Sydney Harbour, where they continued their celebrations.

Upon their arrival, they were met by fellow Bachelor alumni Emma Roche, Sogand Mohtat and Dasha Gaivoronski. 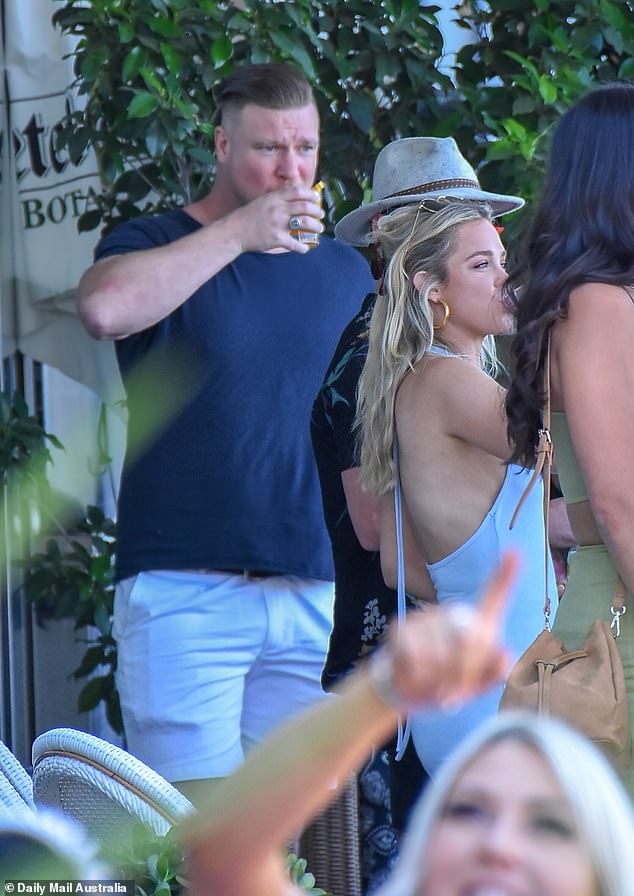 Birthday boy: Dean Wells looked every inch the reality star as he was seen drinking and having a fun time 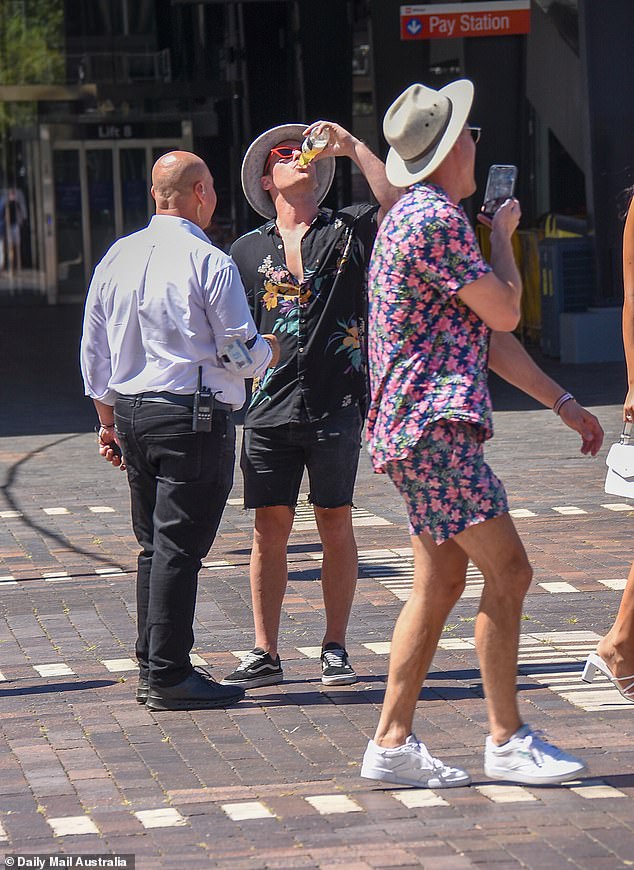 At one point, Jackson was chased by the venue’s security guard, having forgotten he wasn’t allowed to walk out of the party carrying alcohol 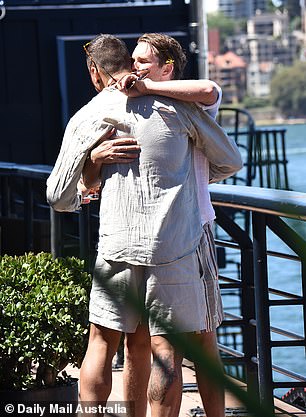 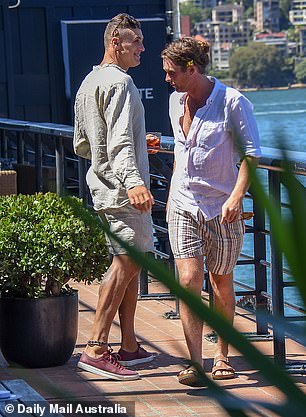 They were joined by former Married At First Sight star Dean Wells, who was celebrating his 43rd birthday.

Dean wore a navy blue T-shirt, which he paired with white denim shorts.

His surprise appearance comes days after it was revealed that Channel Nine had commissioned a two-part ‘MAFS All-Stars’ special, which will air in 2021. 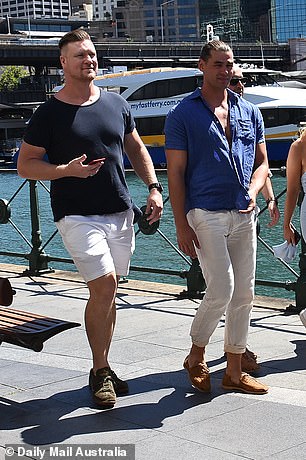 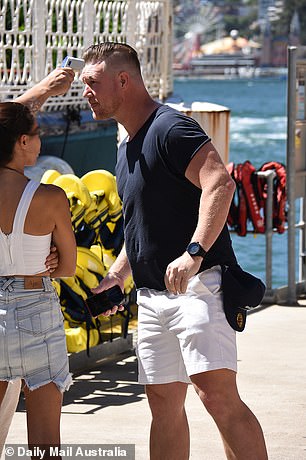 Who knew they were friends? The reality stars were joined by Married At First Sight star Dean Wells, who was celebrating his 43rd birthday. Pictured with Adam Todd 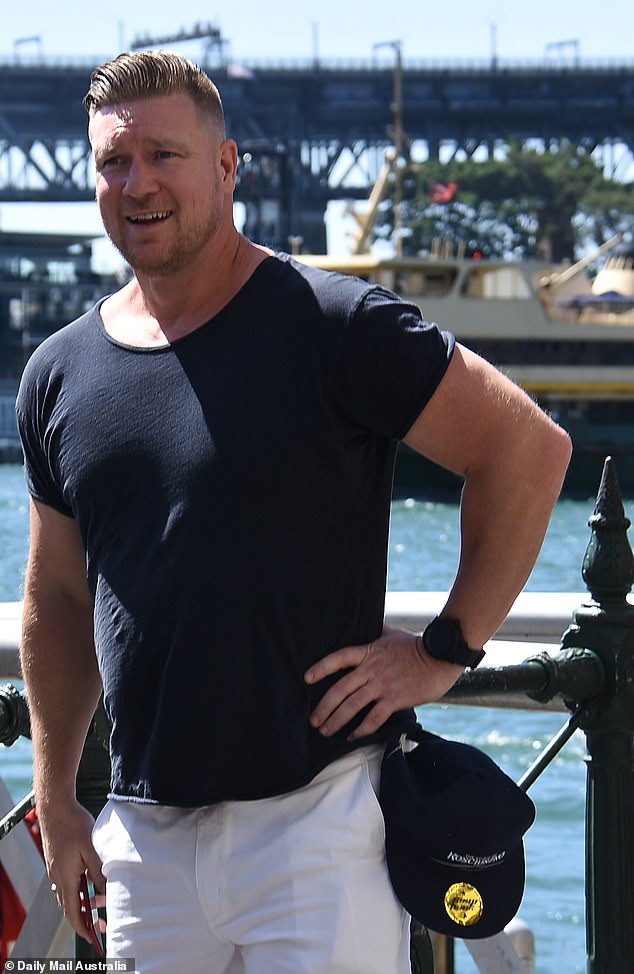 Comeback? Dean’s surprise appearance comes days after it was revealed Channel 9 has comissed a two-part ‘All-Stars’ special which air in 2021 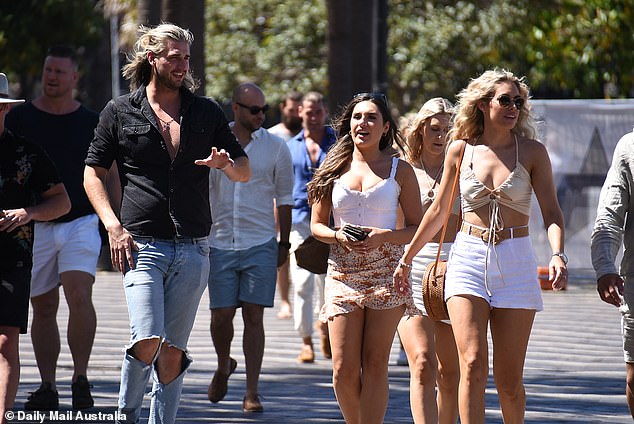 With a bevy of the reality stars based interstate, this weekends reunion comes as a first for many, with coronavirus forcing the borders closed since filming the dating show.

With a handful of stars living interstate, this weekend’s Bachelor reunion was a first for many, after the Covid-19 pandemic forced the borders shut earlier this year.

Last month, it was revealed that Trent, who was previously based in Perth, would be moving into a Bondi apartment with his Bachelorette co-stars Shannon and Adam.

‘We got the keys last week,’ Shannon told Daily Mail Australia at the time.

Since moving into their beachside bachelor pad, the boys have thrown several wild parties, while streaming their antics on social media 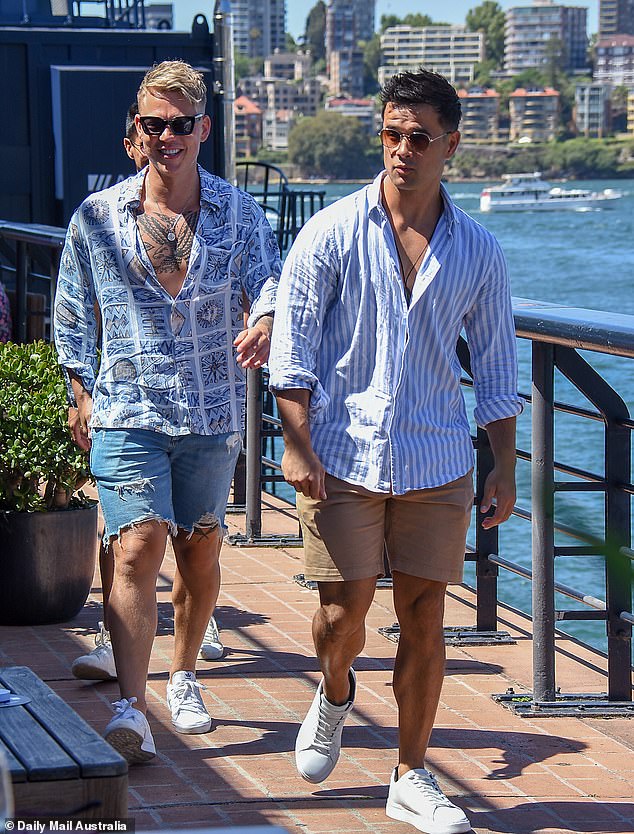 Moving in! Last month, it was revealed Trent would be relocating from Perth into a Bondi pad with his Bachelorette co-stars Shannon and Adam. Pictured: Trent (left) with Shannon (right) 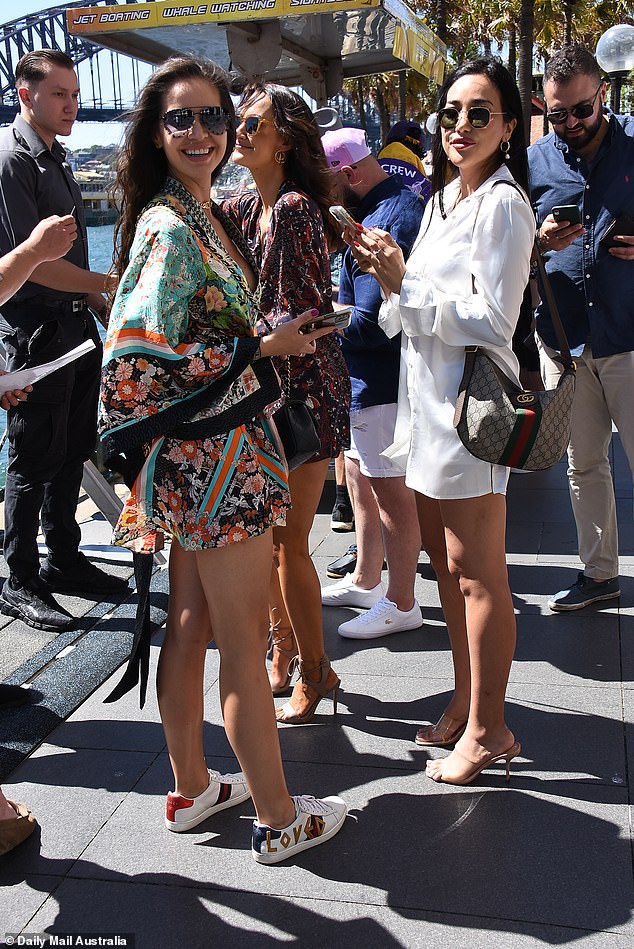 Ready to party! Upon arrival at the boat, they were met by Bachelor stars Dasha Gaivoronski, left, and Juliette Herrera, right 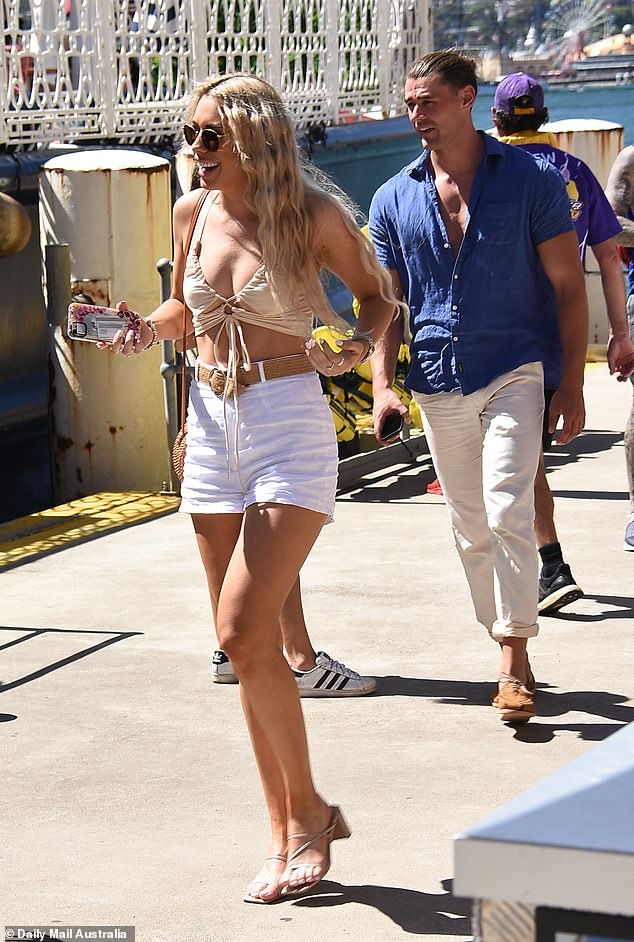 Fashionable: Charley Bond showed off her slender figure in a cream coloured crop-top and high-waisted shorts 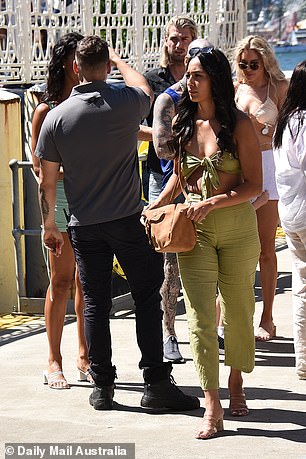 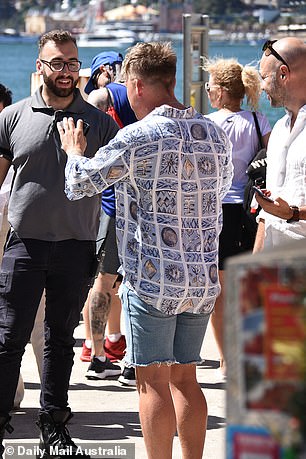 Safety first! The reality stars were seen having their temperatures checked and showing security their registration confirmation as they made their way onto the boat 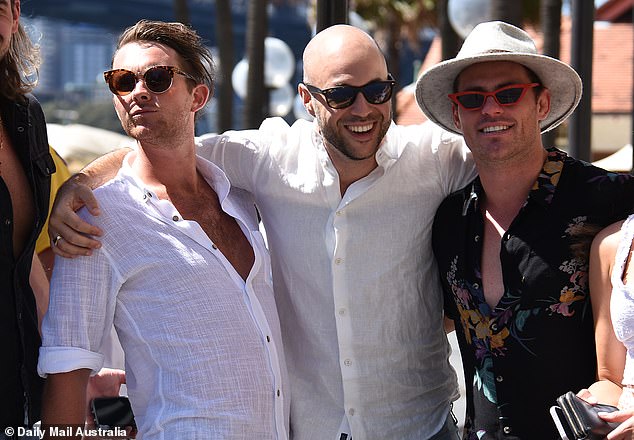 All smiles! At one stage, Andrew was seen posing for a photo with Sam and Jackson Garlick 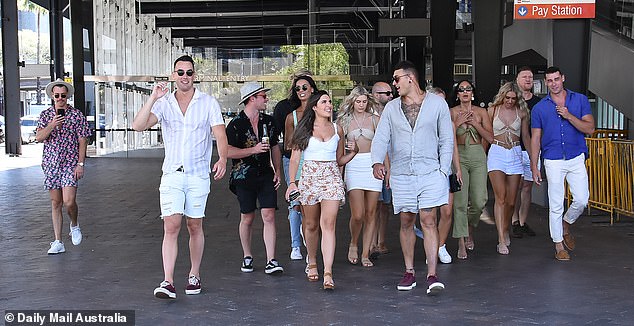 Three-day bender: The reality stars have been making the most of their time together, hitting down daily since Friday