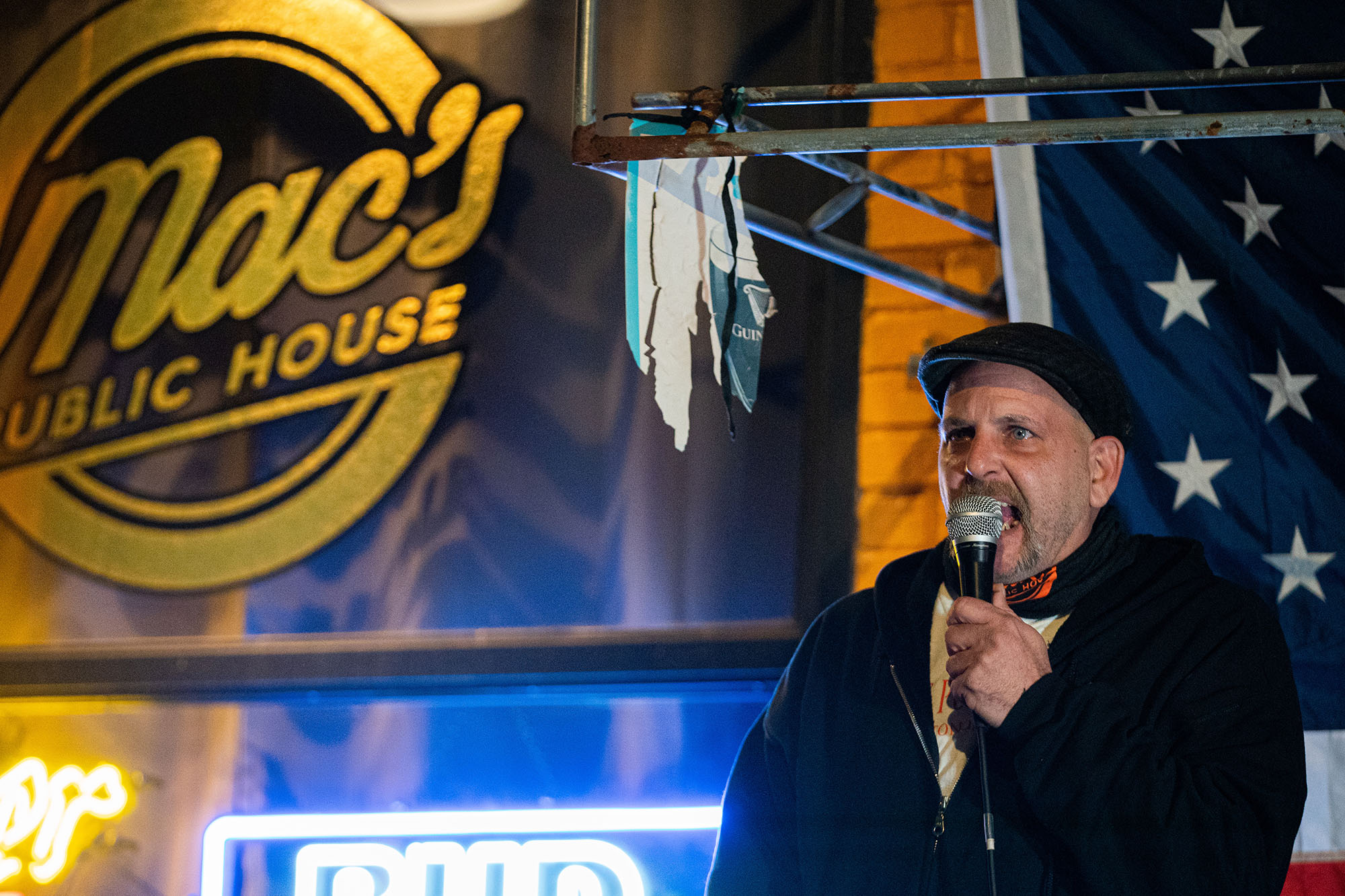 Staten Island’s self-proclaimed “Autonomous Zone” bar can’t open its doors to customers, but the joint is still managing to clean up.

“We’ve all been shuttered and struggling since the first shutdowns,” co-owner Danny Presti says in the fundraiser.

“Mac’s Public House decided to take a stand for what is right, and we now ask for your support. With your help and donations, we will continue the fight to stay open, and anything we receive in excess of what we need will go towards assisting other small businesses fighting fines and getting reopened.”

Nearly 2,000 people had made donations via GoFundMe by Saturday.

During sporadic openings this week, including on Friday night, the bar has been serving “free” food and drink while requesting patrons make donations in lieu of payment.

“We have to get our livelihoods back,” Presti explained to reporters Friday night.

“We haven’t been able to pay the utilities,” he added. “Just everything’s piling up. We’re just scraping by.”

Mac’s is located in a zip code with some of the highest coronavirus infection rates in the city, earning the neighborhood a state COVID-19 restriction “orange zone,” designation, meaning take-out only is allowed.

The bar’s license to sell booze was yanked by the State Liquor Authority after it opened its doors and served customers anyway.

Mac’s has also racked up thousands in city fines and has been raided by the city Sheriff’s Department.

“These onerous restrictions left the owners no choice but to proceed in this manner,” Presti’s lawyer, Mark Fonte, told The Post Saturday.

“At this point they have nothing to lose.”

The lawyer noted that just up the street from Mac’s, restaurants in a less-restrictive zone can serve food indoors, just at reduced capacity.

“It must be a very smart virus that knows how to only stay within certain boundaries,” Fonte quipped.