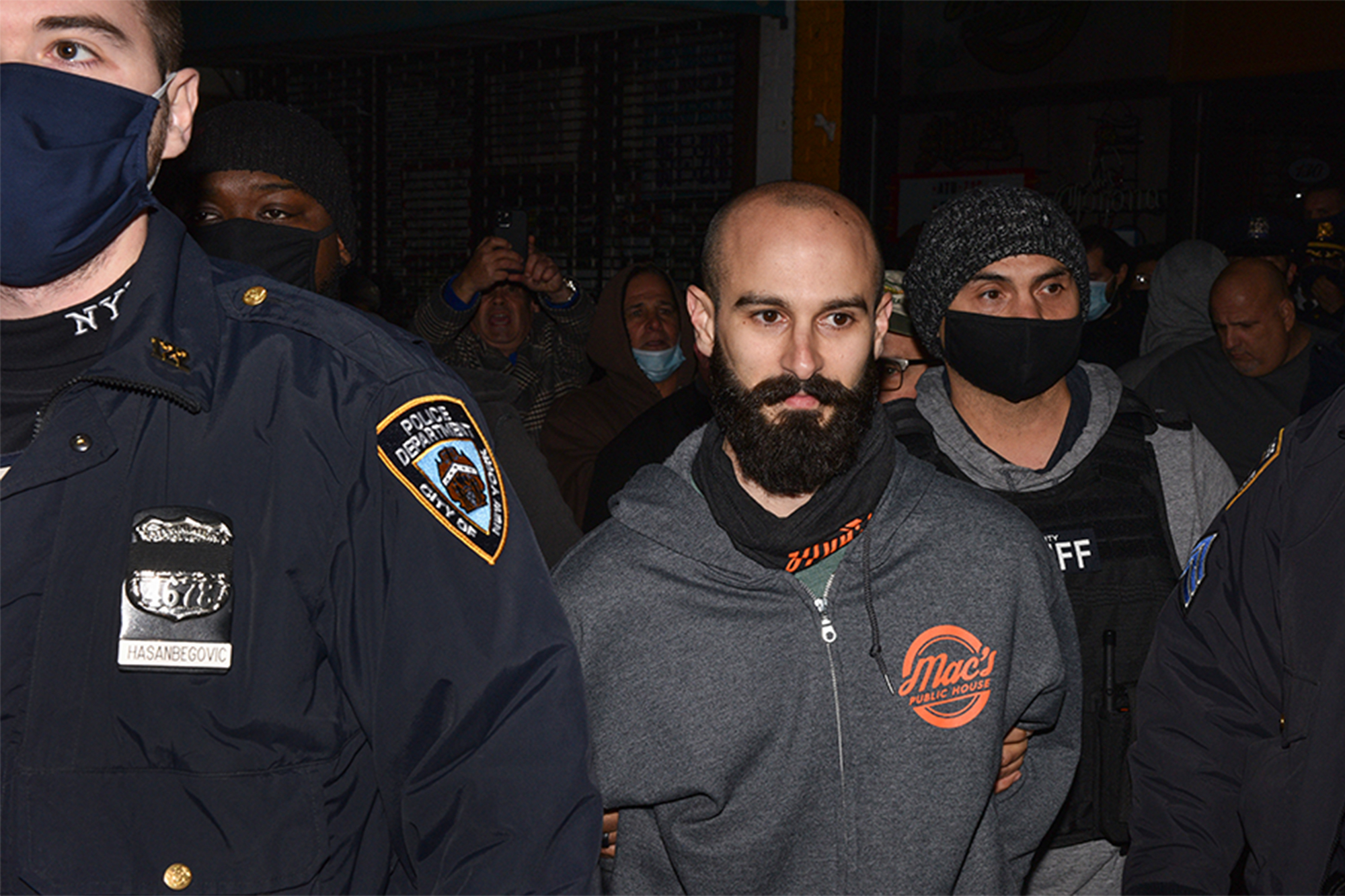 The co-owner of a Staten Island bar that has kept serving customers in violation of COVID-19 restrictions was arrested again late Saturday — this time for allegedly ramming his car into a Sheriff’s deputy, according to law enforcement sources.

A Sheriff’s deputy who Presti allegedly drove into remained at Staten Island University Hospital for injuries sustained when he was thrown onto the hood of the bar owner’s car, a law enforcement source alleged to The Post.

The deputy’s condition was not clear early Sunday.

The incident happened shortly after Mac’s closed for the night at 10 p.m. on Saturday, the source said.

The bar has continued to serve customers food and drink indoors throughout the week despite strict COVID-19 restrictions limiting them to take-out only, and on Saturday night, patrons were being being let inside through an adjacent address, the source alleged.

A Sheriff’s deputy who posed as a customer was able to get inside, and established that alcohol was being sold in violation of strict state “orange zone” restrictions and despite Mac’s liquor license having been revoked, the source alleged.

When the bar closed at 10 p.m., surveilling Sheriff’s deputies waited until the crowd of customers dispersed, then moved to issue Presti another summons some distance from the bar, the source said.

But Presti jumped into his car and drove into one of the deputies, sending the officer flying onto the hood — an assault that has been captured on video, the source alleged.

Charges against Presti were still pending early Sunday; his attorney could not immediately be reached for comment.

The pub has been a flashpoint for frustration over strict COVID-19 restrictions by business owners since Gov. Cuomo cracked down on the southern part of the borough on Nov. 23, acting on a spike that had tripled hospitalizations borough wide.

Mac’s declared itself an “autonomous zone,” and remained open despite a stack of fines, a shut-down order by the state Health Department and the revocation of its liquor license.

On Tuesday, Mac’s was raided and Presti was arrested by city sheriffs for the first time at the bar itself, an incident that drew dozens of angry supporters.